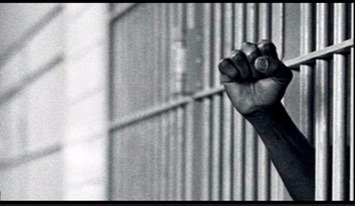 We are midway through black August and I’ve been doing lots of thinking, fasting, and trying to grow as a person and as a radical anarchist. Lots of fitness , reading, mentally taking stock.

This is my third black August in SHU. I was thrown into segregation two years ago on August 17th and was kept within for a year pending prosecution, then after they brought these new charges, we’ve done another year pretrial. It’s been a rough two years filled with restrictions, violence, abuse but also love strength and friendship. Resistance is strong.

Last years black August was spent partially at USP Lee, where I met Thomas Smith (aka Mad Dog) a blood leader an revolutionary who was also participating. He had been in SHU at that point for 18 months pending an ADX transfer. We fasted together, had long conversations on resistant strength and what it means to be a revolutionary today. I still think of Mad Dog often an encourage everyone to write and send reading material into him.

This year I began with the basics, I fast to feel the hunger, to remember the pain and sacrifices of those before me, those fighting today. To fast I cutoff breakfast, eat a full lunch and then only half my dinner. And then I add another hour of fitness… this is difficult sometimes because the dizziness of the head trauma is always there, but I keep moving. Every chance I get to be active, I am active. Then mentally I’ve dedicated 30 minutes in the morning before breakfast, and an hour at night, to think about what this all means. What it means to be a political prisoner and how I can be an ally while inside. Also though, what it means to be a person, to be kind, to strive for decency in a world of repression and savagery. To be a good husband, father and comrade.

Black August to me isn’t just about George Jackson… It’s about Jaan and Sundita, Dr shakur and Oso… it’s about Mad Dog and Sean Swain it’s about everyone who dedicated their lives to their ethics an found themselves fighting for dignity and humanity. It’s about those outside who will fight selflessly for us . It’s about George Floyd but also it’s about all of us who have learned that the cops inside don’t wear bodycams… Supporters are our reporters. ( btw Can we get people to protest actual prisons instead of just jails? She is serious inside it can’t just be overlooked, can it? )

I value black August because it helps refocus my thoughts and energies. Reminds me I’m not the first to go through this, the hardest or longest. Reminds me of my privilege even within the terror they inflict on me. Since there have been prisons out there, there has been prison abuse and prisoners that have been traumatized , beaten, raped, deprived, killed. Prisoners have fought back, organized and shown solidarity, gone on strike, resisted, rioted, fasted… Our resistance is long in history and powerful in memory and spirit.

My love goes out to the political prisoners throughout the country and the world, those who resist on any terms those who have gone through it and been released and survived, and those in the street who won’t let us be buried.

Struggle sees struggle,  Until all are rubble FTTP