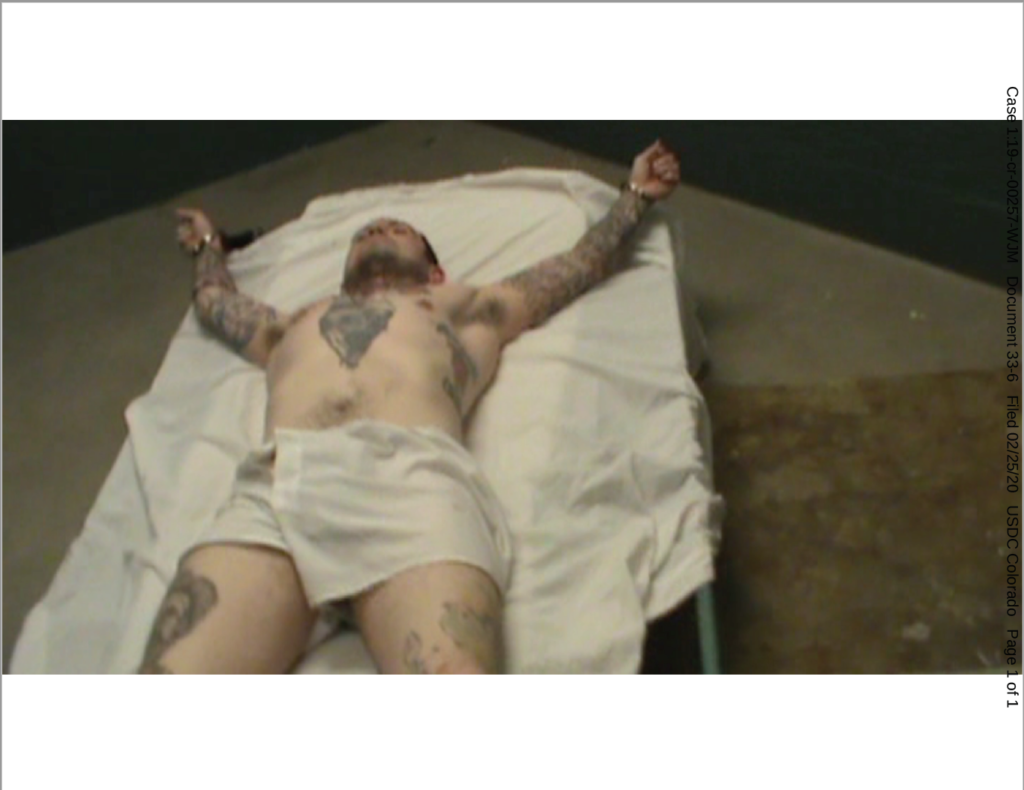 We also desperately need his legal defense fundraiser shared around to fund his legal team to fight this and anything else thrown his way. … please share and encourage others to share!

It is important to note that the BOP has held Eric incommunicado since his last legal call. His 20-minutes-a-week legal call to prepare for his case was taken away with no explanation. The BOP is unresponsive, as well as the prosecutor who STILL has not responded to this brutal attack.

Some points that can be made on both calls.

The North Central Regional Office needs to open an investigation into the unnamed officer who assaulted Eric in the showers at FCI Englewood on June 18th 2020 and turn said information over to the Inspector General.

The North Central Regional Office also needs to review and open an investigation into the “after action report” when Eric was attacked at FCI Florence in August 2018. They need to review the video footage that showed Eric, a compliant prisoner, being 4-pointed (cuffed to a cot at his wrists and ankles) for several hours before being transferred to ambulatory restraints. It was the Regional Office’s duty to review this footage for abuse. The Regional Office failed to protect Eric while he was under their authority once already. Lets not let this happen again.

This week, Eric was denied his weekly allotted 20 minute legal phone call given to him to prepare for the case. FCI Englewood is holding him incommunicado since the recent attack on Eric in the showers. The Regional Office needs to make sure that the prison sets up a legal call THIS WEEK. We do not know his current health status and are gravely concerned.

Some questions the Regional Office need to answer

Is it prison policy to continue contact between an officer and prisoner after a “use of force complaint” is filed by a prisoner?

Is it policy that a “use of force” investigation be carried out after a prisoner alleges an attempted assault? (Eric has an ongoing grievance regarding the officer who assaulted him in 2019 throwing a book at him)

Is it policy to allow an officer that a prisoner alleged attempted to assault them, take that prisoner anywhere alone, off camera? (This officer has TWO documented incidents with Eric in the shower that occurred after Eric’s complaint of assault was made)

Why would an officer who wrote a specific prisoner up for assault be continued to be assigned to that specific prisoner’s unit? Is it policy to continue to house a prisoner at the same prison after such allegations are made?

Is there an open investigation into how FCI Englewood handled Eric’s PREA complaint that was filed in 2019? There needs to be.

Let folks know you are calling in reference to Eric King 27090045 currently housed at FCI Englewood.

The Marshals need to know FCI Englewood is holding Eric incommunicado from his lawyers after this most recent attack on him in the showers.

The Colorado Marshals have been made aware over and over that Eric King is not safe at FCI Englewood yet they refuse to transfer him elsewhere. Because of this deliberate indifference Eric was attacked by guards while cuffed up in the shower on June 18th 2020. It is time that the Marshals who are bound to protect pre-trial prisoners move Eric to another facility and open an investigation to both Eric’s recent assault and the attempted assault in 2019 by the same unnamed officer.

There are 6 other facilities that are non-BOP that Eric could be easily placed at during pretrial.

The Marshals are the ONLY entity that can authorize a move pre-trial (at least without court intervention). With SO many warnings regarding Eric’s safety, why are the Colorado Marshals digging their heels in and refusing to move him?

On August 21st 2019 the Marshals were made aware Eric needed medical attention for a potential mini stroke he had earlier that month. Eric has yet to receive ANY medical care or medical evaluation by experts.

The Marshals have been notified over and over that FCI Englewood is interfering with Eric’s ability to be able to have adequate pre-trial communication with his attorney to prepare his defense.

On Sept 6th 2019 the Marshals were made aware that their decision to place Eric at FCI Englewood was going to be a danger to him.

On September 27th 2019 the Marshals were made aware of a threat that an officer made to have Eric raped as well as other disgusting things said by the guard.

On April of 2020 the Marshals were made aware of Eric being placed on suicide watch but continued their deliberate indifference and chose to merely keep Eric at FCI Englewood. 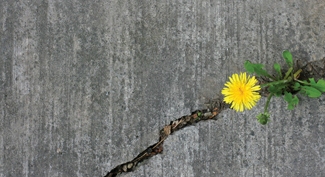 “Can I live” poem by Eric King 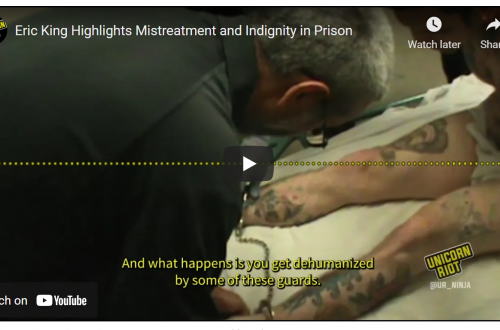