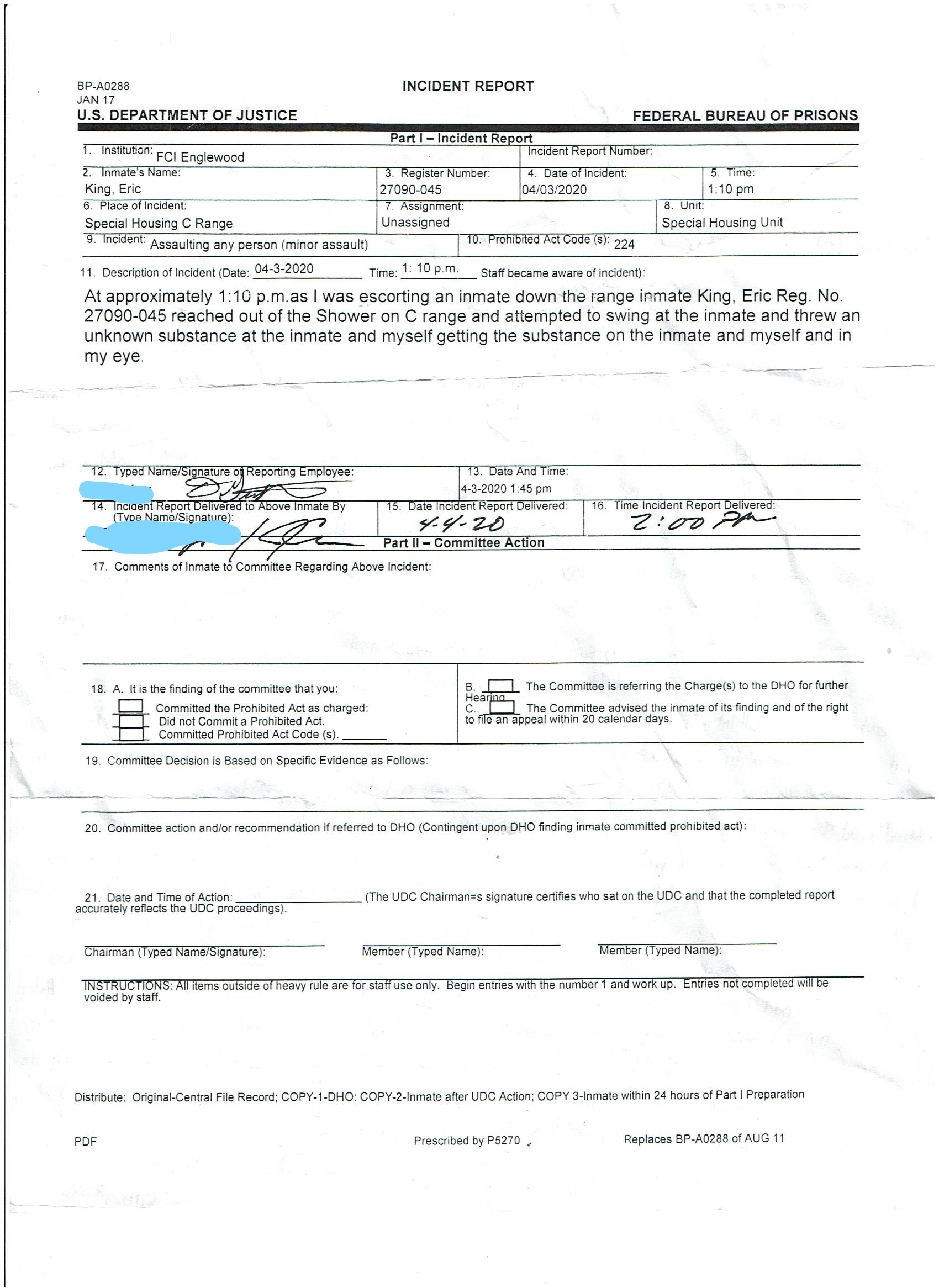 How would it make folks feel to know that Eric had an active grievance filed about the officer that slammed Eric’s head into the concrete while his hands were cuffed behind his back in the shower?

Or that FCI Englewood currently does not have an officer assigned to the specific facility that investigates officers who violate prisoners?

Or that this officer has given Eric SIX bullshit disciplinary write-ups in the last 6 months?

How about that when a prisoner complains about an assault or attempted assault, by policy it needs to be investigated and the officer needs to be removed from contact?

And if they have ZERO concern for Eric’s safety, then we defer to the policy in which: if a staff member claims they were assaulted by a prisoner and a protection order goes into place, the prisoner is not put in a situation where they interact with that specific guard from that point forward.

This shot was given the DAY after the prosecutor was given evidence (per this prisoner) that staff at FCI Englewood were attempting to coerce another prisoner into attacking Eric.

Putting aside the fact that this shot against Eric for “assault” was given THE DAY AFTER THE DOCUMENT PROVING AN ATTEMPTED ASSAULT ON ERIC WAS DELIVERED TO THE PROSECUTOR…..

If this guard really felt that Eric assaulted him in the shower by allegedly flicking water at him, then why was he so determined to (against policy) continue to interact with Eric?

The fact is when this officer threw a book at Eric, that should have stopped this officer from interacting with him. But he has since been able to give Eric disciplinary write-up after disciplinary write-up. Plenty of time to come and threaten Eric. To tell him that we (“your folks on the outside”) should tell the world about what a strong union they have and how prison guards can do whatever they want.

We are going to honor his request: we are going to tell the world the prison, the union and North Central Regional Office actively shelters abusers.