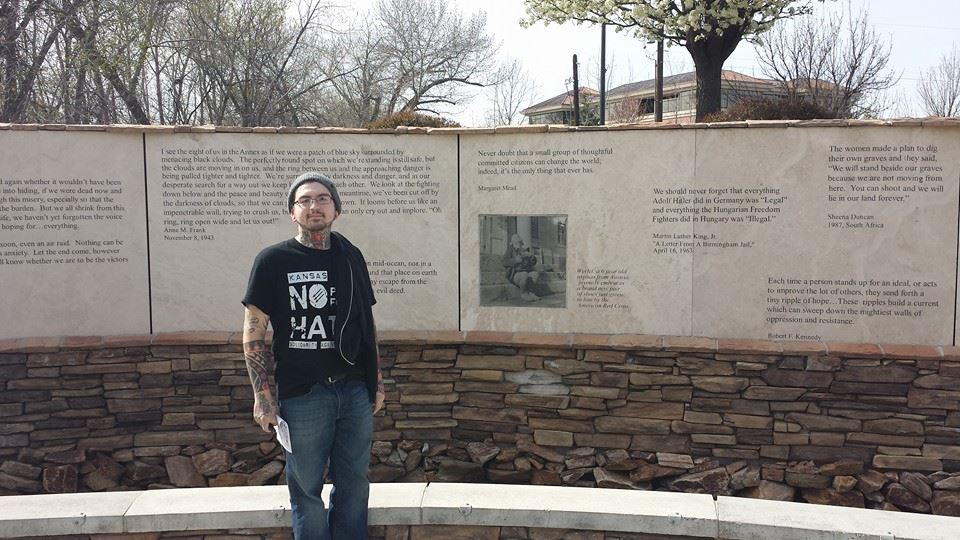 An 8 month update from The Eric King Defense Committee

Eric is facing four felony counts at the Federal level:

Count 3: Explosive used in commission of a felony [18 U.S.C. 844(h)]—maximum 10 years in prison (to be served after any other sentences are complete)

The state alleges that Eric was responsible for an attempted firebombing on a Kansas government building. If convicted he faces anywhere from 5 to 30 years in Federal prison. His trial is set for Monday, July 13th at 9am.

The state exists to dominate and oppress the people. Rebellion exists to challenge and ultimately destroy the state. When the state singles out people to punish for acts of rebellion, we must support them as part of our struggle against this oppressive apparatus.

The state also has a long history of suppressing the anarchist movement and targeting anarchists. In this case, the affidavit states that the Kansas City cops claimed to have identified Eric on surveillance footage in an investigation of “anti-government/anarchy graffiti” and alleges that he made social media posts talking about a group purportedly called “KC Fight Back Insurrectionist Collective.” [Note: To our knowledge, the KC cops have not charged Eric with any graffiti-related crimes.] The state targeting Eric is just a part of this war against political dissidents (and those the government deems to be dissidents or threats).

For these reasons, we support Eric and all targets of state repression. In Eric’s case, he is facing up to 30 years behind bars for an alleged action in which there is no victim. We do not need to go into details about the absurdity of this potential punishment in contrast to the violence of the state, such as the way the police suffer little to no consequences for summarily executing people in the streets—primarily people of color and young black men in particular. Clearly, the state is not interested in punishing violence, but in punishing even the faintest signs of rebellion against their authority.

As Eric has been singled out to receive this punishment, we are stepping up for his political defense against these charges and in support of rebellion against the state and all systems of oppression. We invite you to join us in this effort! 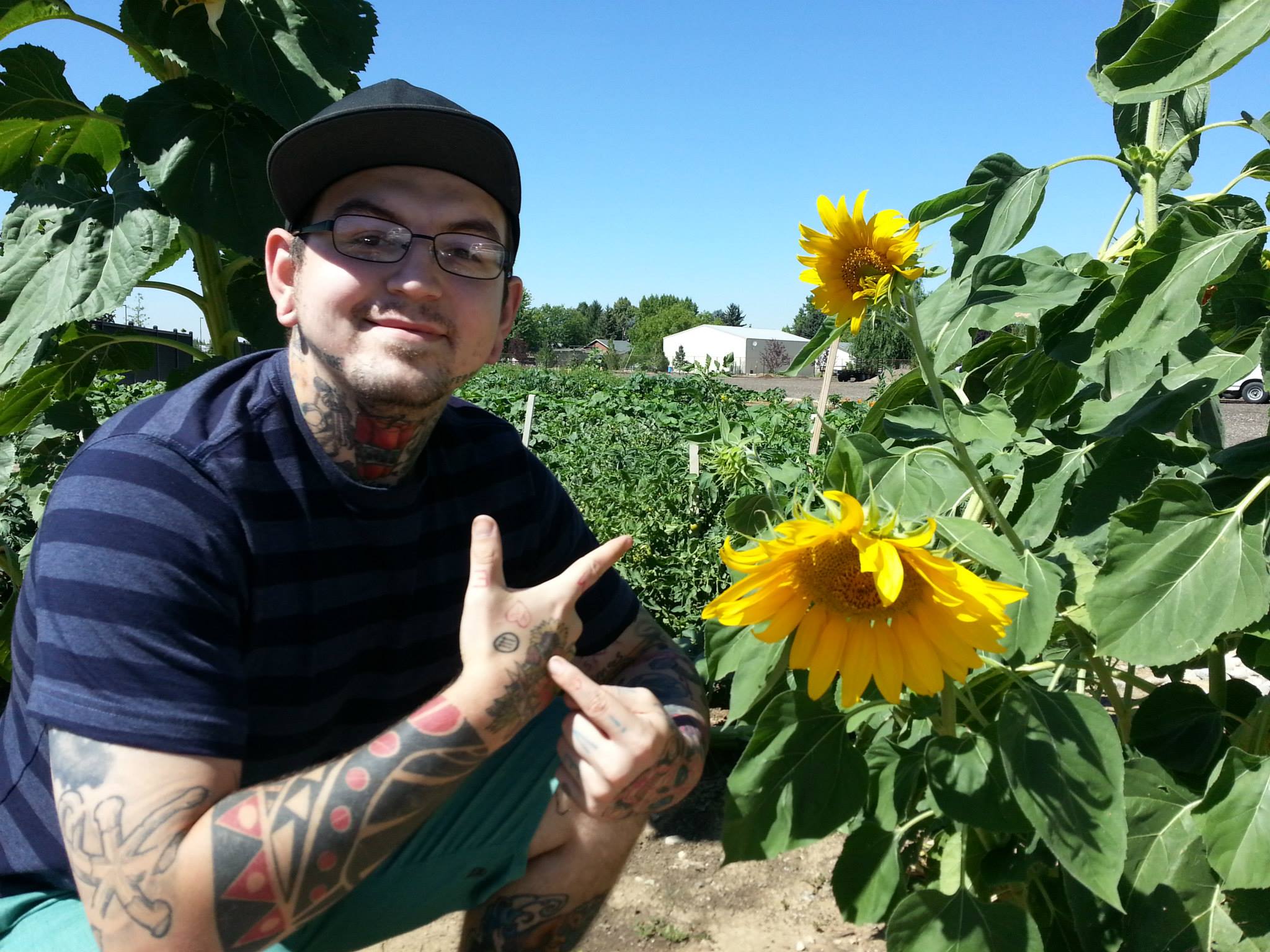 Eric King has spent the last 8 months in pre-trial detention, and we’d like to take this opportunity to help everyone get to know this individual we are all in solidarity with. Since his arrest in September of last year he has faced much adversity there at CCA Leavenworth, but he has maintained his principles, and still he pushes forward. For the first 7 months even though he is vegan the prison refused to give him a vegan tray. He came together with comrades and with the help of Vegans In The Prison System he was able to win a cruelty free diet. He is housed in the segregation unit and is currently fighting for medical care for some potentially dangerous symptoms. We hope there’s something you might find in what follows that will help you out if you are someone who has wanted to engage but is having trouble writing that first letter or even if you’re someone who has a correspondence with Eric already.

Prior to his arrest Eric had spent a good deal of time traveling and organizing for many causes and passions. For a brief period, he helped run a free-if-you-can’t-pay daycare. He was licensed and wanted to do his part to even the playing field of privilege and make sure that low-income families have a chance to get by. Class struggle has always been something that he holds dear to his heart. He has been vegan for 10 years and animal rights has always been a passion for him as well. He has also been active in trans rights activism and anti-racist organizing.

Eric is interested in science and astronomy. He loves to read about the universe and the stars! He is an avid reader and loves books ranging from radical ideology to comedy, to science and beyond. Additionally, he has a deep love for art and loves receiving all types of art! He also loves to get articles and stories about resistance struggles from around the world.

At the age of 17, Eric lost his father. The passing of his father was life changing for him, as he was thrown into a period of grief and soul searching.  Eric spent a year in seminary. He had great dreams of being a revolutionary priest but didn’t find an environment for that in seminary. He also boxed in his youth and won many titles. He still regrets not taking his boxing career pro. Even though he is left-handed, 30 of his boxing matches were fought right-handed! He still has a passion for boxing and loves hearing about matches! Eric also has a love for soccer, he has passionately followed Manchester United since he was a child of spending time in the UK. His uncle lives in Glasgow and has been a great influence in his life. He loves talking about United and following their season and games. 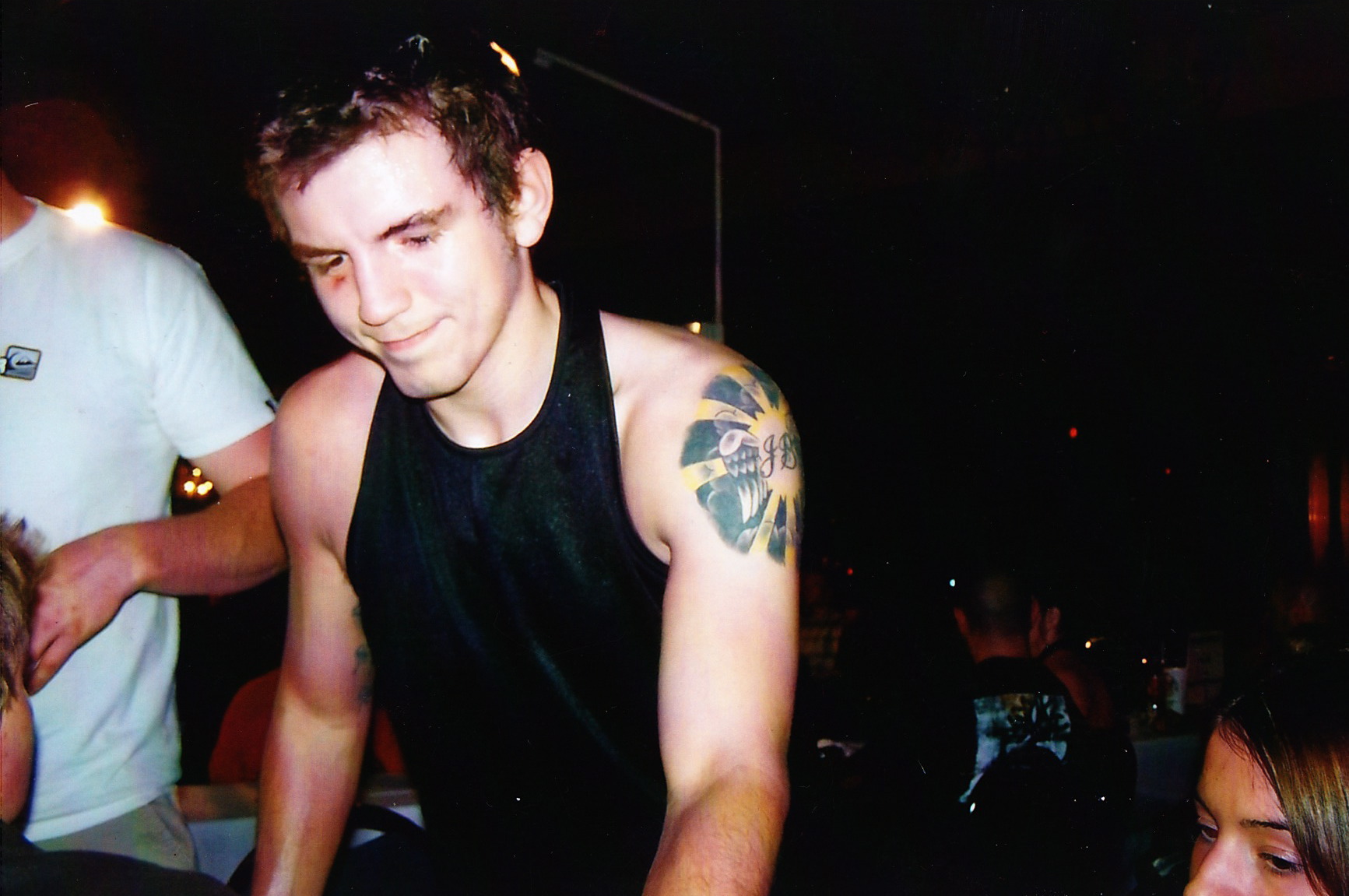 For the future, he dreams of settling in and building a life with his partner. He also wants to see the Redwoods, various mountains across the occupied territories commonly referred to as the United States, and blue whales in the Pacific Northwest. He also wants to finish visiting all 7 continents (he still needs to cross Antarctica off his list!), write a book, and see old friends!

July 13th is less than two months away and we are really hoping to pack the court room once Eric King’s trial begins. We’d like to show the federal court of Kansas City, MO that there are people who support Eric and are willing to be there for him from the Midwest and other parts of the country as well, but most importantly we’d like to be there with a good number of folks, to raise Eric’s morale and to show him that we have his back. Please get in touch with us if you’d like to come to join the court support efforts on July 13th by contacting us at [email protected]

Also, please do not forget that the crowd funding website to support Eric King is still live. So, visit it here; http://fnd.us/c/0yoZc/sh/a4jVK6 and donate if you can, but whether you can or can’t donate please pass it along and help us by making sure it reaches every corner of the world. Be on the lookout for support t-shirts to be added to the fundraiser soon.

Thank you to everyone who has supported Eric King thus far by handing out a support Eric King flyer , making a donation, no matter how small or large, writing a letter of support , committing to attend a court date, or sharing his story far and wide to help Eric gain support from all over.

Let’s continue to show the world that Eric King is not alone!

Letters of support can be set to: