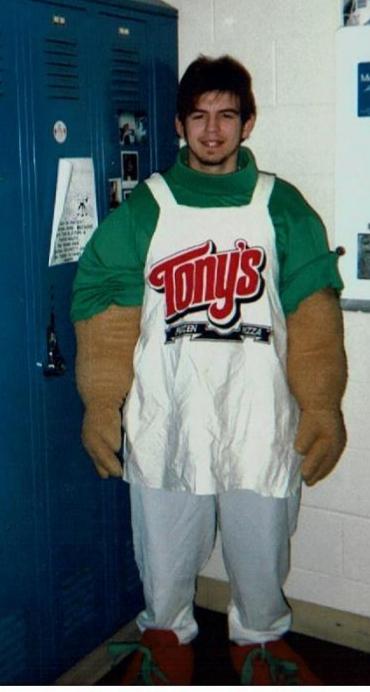 Recently, at the end of Eric’s time at USP Lee, he experienced brutal deprivation, threats and retaliation. So much that while he was there, he didn’t speak on it for safety concerns. Right before he left, the Bureau of Prison’s Southeast Regional office outside of USP Lee jurisdiction held his disciplinary hearing, allegedly to be “impartial”. The lieutenants let him know that Regional instructed them to find Eric guilty in case his ADX transfer didn’t go through so they could try forcing the ADX transfer again later on if needed. The BOP found him guilty of “rioting” because of a global noise demo that happened outside prisons on New Year’s Eve 2020, and a joke he made in legal mail about how they could have brought cocktails. This noise demo had nothing to do with Eric, he had no knowledge of it until well after it occurred, yet here we are 2 years later, and he just lost one year of phone and email, as well as 6 months of visits. His out date is no longer in December 2023, but in February of 2024. They found him guilty from a disciplinary shot involving an officer who took Eric into the showers in his underwear, and broke Eric’s head open while handcuffed.

Eric was told he was not scheduled to be on the bus the week that he was shipped out of USP Lee, but a lieutenant recently accused him of planning to participate in a “week of action“ he again had no knowledge of. Eric was picked up and transferred to ADX Florence, the supermax. He was held incommunicado in transit and arrived in administrative maximum security two weeks ago.

Eric’s eligible for a halfway house in 7 months, yet the Bureau of Prison says that he must be held in maximum custody in the prison that is built to add extra “security”, AKA consequences, for people with life sentences. Eric has not had phone privileges since January of 2019. He does not get a monthly phone call, which is legally the bare minimum that the Bureau has to provide to inmates. During the initial outbreak of COVID he wasn’t allowed to carry his visitations out over the phone like the Cares Act allowed. And now on the four-year anniversary of his attack and torture at Florence in 2018 when he was attacked in a broom closet by guards and abused for days in segregation, the Bureau have placed him as a ward under the very same officers that gave him this “attitude adjustment” in 2018, the same officers who testified in court showing they had no proper knowledge of BOP protocols regarding use of force or use of restraints.

We do not know how he was received at Florence. Until he has a legal call or someone gets a letter, we do not know what restrictions he’s under. At Englewood, his last communication restriction paperwork blatantly informed him “if he continued to be an inspiration” his communication would continue to be restricted. The Bureau started his transfer to maximum security ADX before his alleged guilt from his acts of self defense at Florence in 2018 was ever determined. His recent acquittal/not guilty for those acts of self defense are seemingly meaningless regarding his security designation at a supermax prison. We hope that this is the first step towards the end of his journey… yet we remain trepidatious. His family misses him, his friends miss him. We hope the BOP has compassion. At the very least, that he is entitled to basic Bureau guidelines when it comes to his treatment.

We do not know how many books he has in his property from the years of transfer he’s endured. He has not been out of segregation, so he has not seen his property in 4 years. We don’t know if he’s under any communication restrictions, but this is the address to write him.